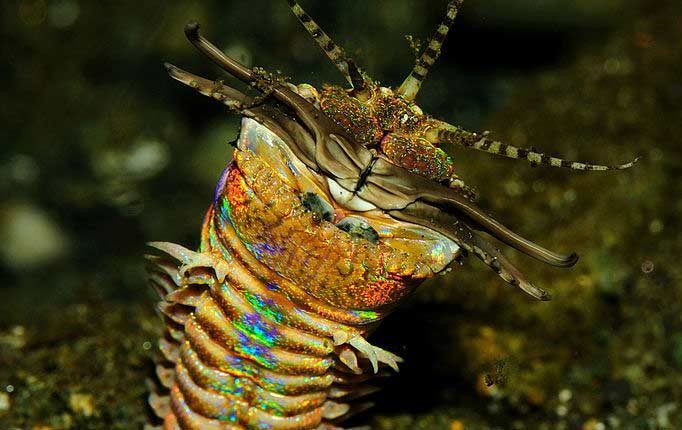 How does a Bobbit Worm eat:

The animal buries its long body into sand or gravel, where it waits for a stimulus to one of its five antennae-like structures extending from its head. These five prominent beaded and banded structures contain light and chemical receptors that when triggered, will cause it to lunge at fish and prey, latching on to them and quickly pulling them under the substrate. Retraction back into its burrow has been clocked at over 20 feet per second. Distinguished by a large springlike retractable jaw complex consisting of two pairs of scissor-like serrated plates, one above the other. It uses these plates much like a pair of scissors and has the unique ability to be able to slice its prey in half. Eunicids inject a toxin into their prey, which stuns or kills it, such that prey much larger than the worm itself can be eaten and digested. Bobbit Worms have a stunning purple iridescence, making them not only deadly but quite beautiful also.

Size:  Typical observed sizes for most Eunice Worms range from 2-4 ft. in length, but can grow to 10 ft. long. There are several unverified claims of these marine worms reaching lengths of 35-50 ft. They are fast growing and their growth is only limited by the availability of food.

What do Bobbit Worms eat

The Bobbit Worm is an omnivore, feeding on small fish and other worms, as well as detritus, seaweed, and other macroalgae. They are mostly nocturnal and do the majority of the hunting at night. During the day they retreat to their burrow, but if hungry enough will hunt during the daytime also.

Geographical Location:  The Bobbit Worm, (Eunice aphroditois) can be found in the tropic and subtropic waters of the Indo-Pacific. The Bobbit Worm has been well documented in Indonesia, Fiji, Bali, Australia, New Guinea, and the Philippines. Other (non-bobbit worm) members of the Genus Eunice inhabit waters all over the globe including Antarctic waters.

Relative of the Fireworm:  The Bobbit Worm (and all other Eunice Worms) are related to the fireworm. They are members of the Class Polychaeta, the name meaning “many bristles”. while fireworms use their “chaeta” in a defensive manner to sting, Bobbit worms have adapted these bristles to give better traction and grip, used for crawling and during attacks, to aid in holding their position as they pull their prey under the sand and sediment.

How the Bobbit Worm got its Name

The name “Bobbit Worm” was coined by Dr. Terry Gosliner in the 1996 book Coral Reef Animals of the Indo-Pacific, it is a reference to Lorena Bobbitt, who was arrested in 1993 for cutting off the penis of her husband John Bobbit. The name is inspired by the scissor-like jaws of the worm and for its ability to cut prey cleanly in half. Occasional name variations are Bobit Worm and Bobbet Worm, but the confirmed spelling is Bobbit Worm.

Which Worms are Bobbit Worms?

Now that you know how the Bobbit Worm got its name, things get a little more complicated. The original worm that Dr. Gosliner collected and so appropriately named the Bobbit Worm was sent to the Smithsonian for classification. They were only able to identify that the worm belonged to the Genus Eunice, the species could not be identified. So which exact species earns the title of “Bobbit Worm” we will never know, but somehow Eunice aphroditois has been given the title.  To further complicate things the images and awareness of this species haven’t been studied until recently. The term “Bobbit Worm” has spread like wildfire and is being tossed around quite liberally. There are 353 species in the Genus Eunice and they very well can’t all be the Bobbit Worm. Researchers here at ARC Reef are split pretty evenly down the middle. Many of us believe that the name Bobbit Worm, should refer to only the species of Eunice that was originally collected and photographed by Dr. Gosliner, and since Eunice ashoditois is the best-educated guess for that species than only that one species should be aptly named “Bobbit Worm”. Then there are those of us that believe that the name is just so awesome that it should apply to any species in the Genus Eunice, provided that they meet the following requirements (A) Be able to grow to or exceed a length of 18 inches, (B) Be an ambush predator, and (c) posses the iconic double mandible retractable jaw that made it so famous in the first place. Requiring these qualifications eliminates all the herbivore and detritivore type Eunice worms, as well as all the Eunice worms that are no more than a few inches. Leaving us with less than 50 out of the 353 species that can appropriately and fittingly be dubbed, a “Bobbit Worm”, the King of the Worms!. Tell us what you think in the comments below.

The most common manner in which a Bobbit Worm can be introduced to an aquarium or artificial environment is from live rock or coral colonies originating from the Indo-Pacific. There are numerous accounts of Bobbit Worms wreaking havoc at several public marine aquariums around the world as well as in the saltwater fish tanks of some hobbyists. The likelihood of getting a hitchhiking Bobbit Worm is extremely remote. These worms are most common in the 2 feet range so it would be spotted rather easily. While unlikely, it is possible to introduce a juvenile Bobbit Worm into a closed system via air-shipped live rock originating from the Indo-Pacific, such as Fiji live rock. It is more likely that other marine worms from the Genus Eunice are introduced, and incorrectly identified as a “Bobbit Worm”. The majority of all Eunice Worms are smaller in size and are not ambush predators like the Bobbit Worm, other species will lack the iconic scissor-like jaws and are harmless scavengers and detritivores.  For a list of other Eunice Worms please click on our article on Bristle Worms, Fireworms, and other Polychaete.

Phylum: Annelida (pronounced Aah-nell-id-uh) Meaning: little rings, Origin: Latin. Most Marine worms, as well as your common variety earthworm, are all members of this phylum. Their distinguishing characteristic is the repetitive segments which divide the worm’s body.

Class: Polychaeta (Pronounced Polly-Key-tuh) Meaning: many hairs, Origin: Greek. Marine worms that inhabit reefs, belong to the class Polychaeta and are commonly referred to as polychaetes or polychaete worms. All Fireworms and Bristle Worms also belong to this class.

Genus: Eunice To date the World Register of Marine Species has verified 353 species of marine worms belonging to the Genus Eunice.

Other Marine Worms and Hitchhikers

For more in-depth information on other marine worms click here to view our guide on Bristle Worms, Fireworms, and other Polychaete Marine Worms

For all other creatures, see our Live Rock Hitchhikers Identification Guide

ARC Reef Live Rock is 100% Aquacultured off the coast of Florida. It is never Live Rock that has been picked apart from our natural reefs like Fiji live rock. It also has the added benefits of never containing the Bobbit Worm (Eunice aphroditois), as that is not a species that is native to these waters. While it is possible to receive a marine worm from the genus Eunice it will never be an ambush predator type like the Bobbit Worm. We have heard of dedicated tanks to house a Bobbit Worm and applaud anyone who wishes to study these fascinating worms, as more information is definitely needed. 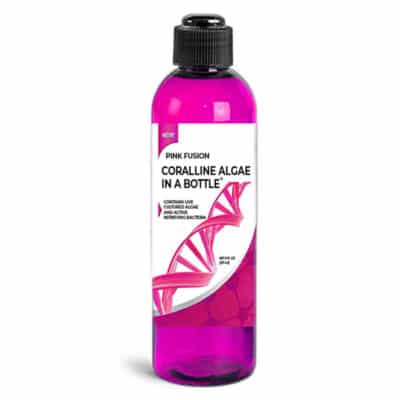 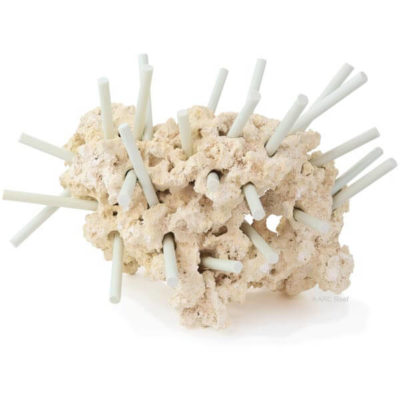 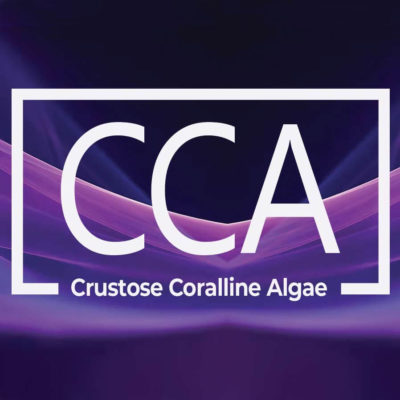 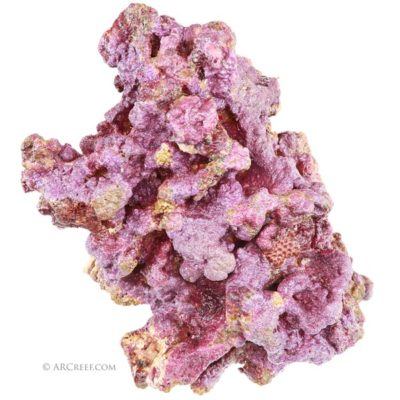 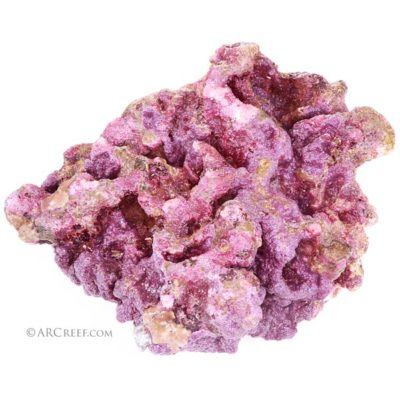 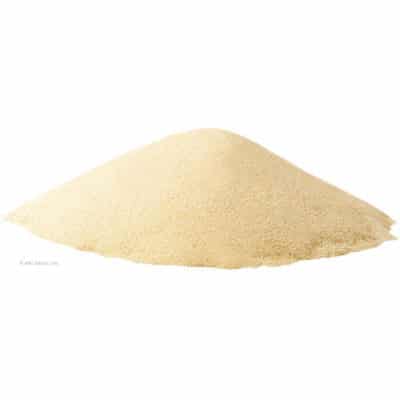 ARC Reef is a state and federally licensed aquaculture facility, working to bring positive change for our coral reefs. We are strong proponents of sustainable aquaculture and the elimination of wild harvested reef products. We offer 100% aquacultured live rock for sale to retailers and the public.

All stories by: ARCreef

CONNECT WITH US ON SOCIAL MEDIA